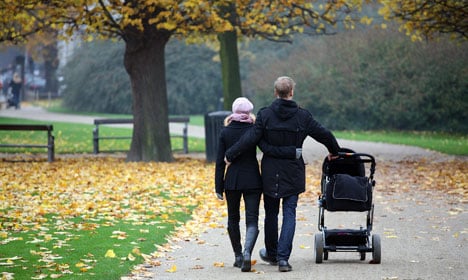 The new curriculum will teach Danes not to wait until it's too late to have children. Photo: Colourbox
As part of a campaign to encourage young people to not wait until they are in their 30s to start a family, the Danish Family Planning Association (Sex & Samfund) will develop its education material to teach students that women’s fertility begins to decline in their 20s.
“When you look at sex education for the oldest students, it’s largely about how not to have children, so there is a focus on prevention, the use of contraceptives and the option of abortion. That means that young people lack knowledge on fertility and pregnancy,” Sex & Samfund spokesman Bjarne Christensen told Berlingske.
Christensen said that many young people are unaware that fertility starts to decline so early among women.
“That lack of knowledge can mean that people end up not having children or not having the number of children they want,” he said.
See also: Dane behind fertility research breakthrough
An initiative to teach young people about fertility and pregnancy is welcomed by Søren Ziebe, the head of the fertility clinic at Copenhagen’s Rigshospitalet.
“Up until now, our biological expiration date has been overlooked in our zeal to avoid having children when we don’t want to have them. On average in Denmark, we began to establish a family when we are around 30 years old. By then half of our reproduction capabilities have disappeared and that means that some people have too short of a time span to have children or have the amount of children they’d like to have,” Ziebe told Berlingske.
The average age for becoming a first-time parent in Denmark is 29.1 years, a full five years older than in 1970, and in 2012 the national birth rate was at just 1.7 children per couple. Currently, up to ten percent of all children born in Denmark were conceived only after fertility treatment and according to the fertility awareness organization Dansk Fertilitetsselskab, 20 percent of Danish men never become fathers while 12 percent of Danish woman either never have children or don’t have the number of children they’d like to have.