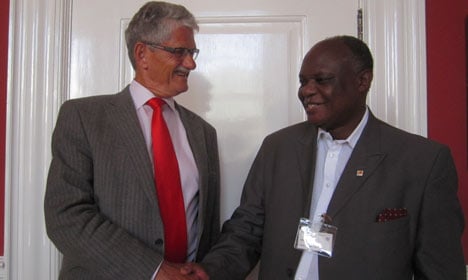 Mogens Lykketoft hosted Mario Masuku last year. Masuku is now imprisoned in Swaziland. Photo: Peter Kenworthy
Foreign Minister Martin Lidegaard told the Foreign Affairs Committee last week that Denmark is lobbying Swaziland to improve political freedom within the country.
“Denmark has continuously raised the question of political freedom with Swaziland, most recently on the 5th of June 2014, when the Danish ambassador held political talks in the capital Mbabane with, amongst others, King Mswati III and [then] Minister of Foreign Affairs Mgwagwa Gamedze”, Denmark's foreign minister, Martin Lidegaard, told the Foreign Affairs Committee last week.
During the meeting with the king, the Danish ambassador urged Swaziland to comply with the demands of the ongoing African Growth and Opportunity Act (AGOA) negotiations, which should include changes to Swaziland’s Suppression of Terrorism Act, a bill that Amnesty International has called “inherently repressive”.
Mario and Maxwell
“Such changes would particularly benefit the media, human rights defenders, and the political opposition in Swaziland, including Mario Masuku and Maxwell Dlamini”, Lidegaard said.
Mario Masuku and Maxwell Dlamini face terrorism charges under Swaziland’s Suppression of Terrorism Act and could serve 15 years in prison for criticising Swaziland’s absolute monarchy and expressing support for pro-democracy party the People’s United Democratic Movement (PUDEMO).
Masuku is the PUDEMO President and Dlamini the Secretary General of PUDEMO’s youth wing. They have been remanded in prison since their arrest on May 1st, having had several applications for bail turned down. Masuku has contracted pneumonia in prison, which has been exacerbated by his diabetic condition and led to drastic weight loss and poor eye sight.
Stronger pressure on Swaziland
The imprisonment and trial of Masuku and Dlamini has been heavily criticised, both in Denmark, where solidarity organization Africa Contact and the Red-Green Alliance (Enhedslisten) have campaigned for their release, and abroad.
Mogens Lykketoft, the speaker of parliament and a former foreign minister, has supported the calls for their release and called for “stronger pressure” on Swaziland “regarding freedom of speech and organization”.
And in a letter to King Mswati, an array of other individuals and organisations such as Desmond Tutu, Freedom House, Freedom of Expression Institute in South Africa, Front Line Defenders, and Southern Africa Litigation Centre called for the release of political prisoners in Swaziland, including Masuku and Dlamini.
“We call upon you to order the immediate release of all prisoners of conscience and political prisoners detained in Swaziland,” the letter stated, urging Swaziland’s government to “begin meaningful discussions with the growing number of citizens and independent organizations that are demanding their basic freedoms and calling for democratic reform in Swaziland.”
Peter Kenworthy is a freelance journalist for Africa Kontakt and other publications. 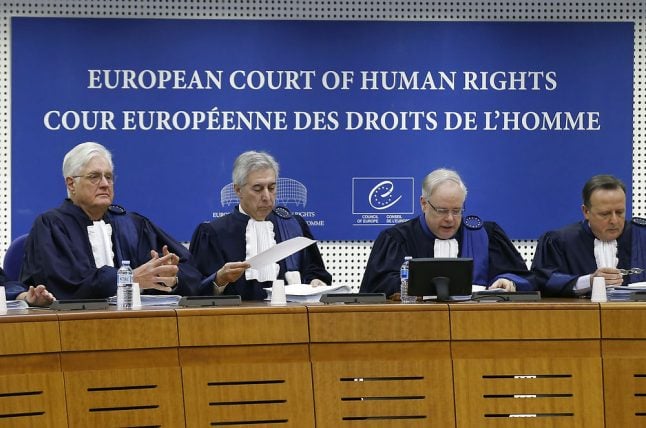 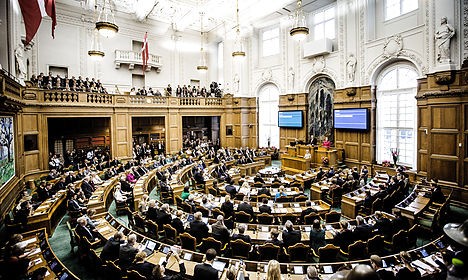 Denmark acted incorrectly by refusing to allow an independent assessment of whether the man in question can still be considered dangerous to others, the ECHR found.

The case represents a rare human rights judgement against the Scandinavian country.

The individual in question was sentenced in 1996 to safe custody (forvaring in Danish), a type of sentence which keeps him imprisoned with no time limit for as long as he is deemed dangerous.

He was given the sentence for attempting to sexually assault a ten-year-old child.

In the intervening years, the Herstedvester Fængsel prison, where he is held, has on repeated assessments found him too dangerous to be released on parole.

But not allowing an independent assessment is in breach of Article 5 of the European Convention on Human Rights, the ECHR found.

The Strasbourg court agreed in 2018 to review the case against Denmark, an unusual instance in itself, Ritzau writes.

Even rarer is an outcome in favour of the claimant.

“It is rare for Denmark to be given a mark on its human rights record,” said lawyer Tobias Stadarfeld of Aarhus-based firm Bonnez and Ziebe, who presented the case against Denmark at the ECHR.

“On a practical level, this means that the court agreed with us that a (human rights) infringement occurred, and that the process did not live up to the conditions of the convention,” Stadarfeld added.

The ruling means Denmark is now obliged to correct the issue by allowing an independent assessment of the prisoner.

The case can also be appealed with the ECHR’s highest court, the Grand Chamber. 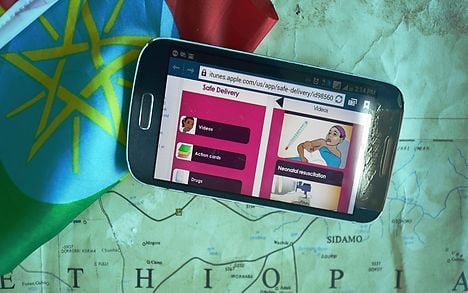 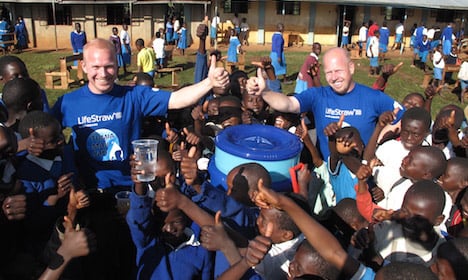