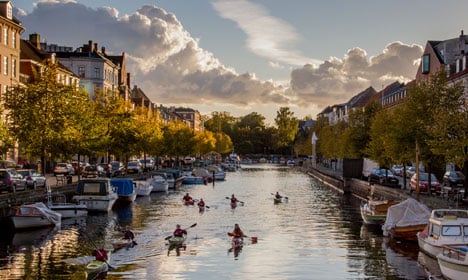 Highs up to 16C as October draws to a close. Photo: Alex Berger/Flickr
Meteorology institute DMI predicted last week that October 2014 would end with an average temperature right around 12C, putting it among the top three Octobers since weather recordings began in 1874.
But with temperatures reaching as high as 16C on Monday and Tuesday, October 2014 could make a run at being the warmest ever.
“It is very unusual that we have such high temperatures at the end of October,” DMI spokesman Niels Thyge Rasmussen told Ritzau on Monday.
A cold front bringing rain is expected to move in on Wednesday, putting the potential record in jeopardy, but Rasmussen predicted a return to 16C highs as November gets underway this weekend.
See also: Melting ice gives 'wake-up call' in Copenhagen
The warm October increases the chances that 2014 will go down as the hottest year in Danish recorded history.
“At 12C, October puts the year’s first 10 months at an average of 10.8C. When the current year record was set in 2007, the average for the first ten months was 10.4C,” DMI said in a press release.
2007 ended with an average temperature of 9.5C and DMI predicts that when 2014 draws to a close, the average temperature will have been between 9.6 and 9.8C.