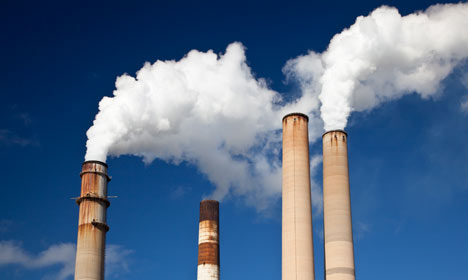 EU leaders struck a deal to cut greenhouse gas emissions by 40 percent by 2030. Photo: Colourbox
Rasmus Helveg Petersen, the minister for climate, energy and buildings, said on Friday that Denmark was at the forefront of action on climate change and that the European Council commitment for 2030 sets the standard for all other countries at the COP21 climate conference in Paris next year.
In Brussels, European leaders struck a climate deal that requires the EU to cut greenhouse gases by at least 40 percent by 2030. Heading into the meeting, PM Helle Thorning-Schmidt acknowledged that her European colleagues were unlikely to go for an agreement that goes “as far as we'd like from the Danish side".
Petersen said that the agreement at the European Council was a "political battle which ended in victory" even though Denmark would have preferred even stronger targets. He said that the first priority was getting Denmark's own house in order then cooperating with a small number of selected developing economies and then pushing for ambitious agreements at the conference table.
See also: Climate change will make Denmark hotter, wetter
A recent report stated that Denmark has the fourth largest climate footprint in the world, but Petersen said that the country was addressing this with national emissions targets that aim to completely phase out the use of fossil fuels in power generation and which have already delivered higher electricity generation rates from wind power than expected.
On the question of whether higher European emission targets needed in the future would be difficult to agree given the compromises needed this week at the European Council, Petersen said that he believed the next round of negotiations would be easier because of the emergence of new technology.
"If I was to give a State of the Climate address, I would say that we are in a lot of trouble. But that there are things we can do [to tackle the problems],” he said.
Joe Turner is a freelance science writer. You can follow him on Twitter at @bucksci.