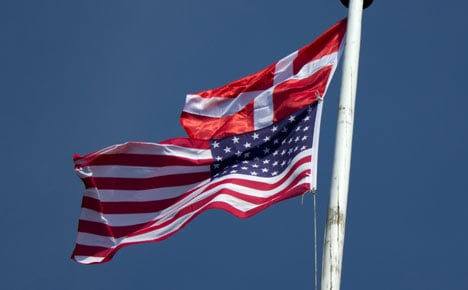 12 percent of all Danish residence permits in 2013 went to Americans. Photo: Colourbox
Denmark issued 31,311 first-time residence permits to non-EU citizens in 2013, a new Eurostat report shows. Among the EU28 countries, Denmark issued the 12th highest number of residence permits.
The largest group of non-EU citizens to be granted residency in Denmark were US citizens, with a total of 3,752, or 12 percent of all residence permits. The next largest groups were Indian citizens with 3,096 (9.9 percent), followed by the Chinese with 2,528 (8.1 percent).
See also: Industry leaders' plea: Treat foreigners better
Twenty-nine percent of the residence permits issued in Denmark were for family reasons, right in line with the EU28 average of 28.5 percent. Employment accounted for 34.1 percent of permits, significantly higher than the EU average of 22.7 percent. Permits given for education accounted for 23.8 percent, which was also above the EU average.
But when it comes to the category of ‘other reasons’, which includes asylum and humanitarian-based permits, Denmark’s 13.1 percent was well below the average of 29.1 percent.
Of the EU’s 28 member countries, the UK issued the most permits with 724,248, followed by Poland and Italy with 273,886 and 243,954 respectively.
A total of 2.36 million first-time residence permits were issued overall in the EU in 2013, with the majority of beneficiaries being from Ukraine, followed by India and the US.
The number shows an increase of 12.5 percent compared with 2012, but a decrease of seven percent compared with 2008’s figures.
This decrease is mainly due to the fall in the number of first permits issued for employment reasons (from 0.8 million in 2008 to 0.5 million in 2013), Eurostat said.
Across the EU, 28.5 percent of first-time residence permits were issued for family reasons, 19.7 percent for education reasons, and 22.7 percent for employment reasons. Twenty-nine percent were issued for other reasons.