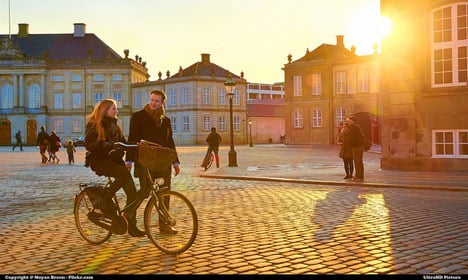 Copenhagen scored a perfect 100 in the city perception category. Photo: Moyan Brenn/Flickr
The report, released on Monday, compares how 60 different countries and 70 cities perform in the green economy. While neighbouring Sweden and Germany took top honours for country performance and perception, respectively, Copenhagen was ranked as the world’s top green city for the second time in a row.
In the country comparisons, Denmark had the second-highest perception rank and was number five in performance. GGEI survey respondents ranked the nation among the top markets for green investments.
“A true green country brand, Denmark relentlessly communicates its commitment to green growth through a variety of strategies and tactics,” the report reads.
In the study’s city results, Copenhagen was the clear winner and the only city to receive a perfect score of 100. The top five was rounded out by Amsterdam (98.3), Stockholm (96.4), Vancouver (96.0) and London (90.7).
“For the second time, Copenhagen tops the green city perception measure, with decisive results on all four GGEI dimensions of Leadership & Climate Change, Efficiency Sectors, Markets & Investment and Environment & Natural Capital,” the report reads.
The GGEI is put together by the US-based consulting firm Dual Citizen and was first released in 2010. The analysis covers 60 countries and 70 cities.
In a statement, the firm’s founder, Jeremy Tamanini, said the index is “a communications tool to empower policy makers, international organisations and the private sector with a reference point for both national performance in the green economy and how experts rank that performance over time”.
The full report can be viewed here.