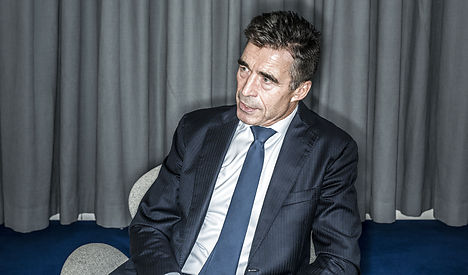 Anders Fogh Rasmussen has set up a Denmark-based consultancy. Photo: Søren Bidstrup/Scanpix
As his successor began his first day in office Wednesday, former Nato head Anders Fogh Rasmussen announced he was setting up a consultancy to advise governments, business and international bodies on strategy.
The company, Rasmussen Global, will draw on the former Danish prime minister's "extensive network of leading policy experts, former officials, business executives and consulting firms around the globe,' he said in a statement.
A website promoting the company went live on Wednesday, the day after Rasmussen officially stepped down after five years in Nato's top job.
He said his experience as head of the transatlantic military alliance showed that "we live in an increasingly complex world, marked by globalisation, technological disruption and new security problems".
"This new complexity calls for deep strategic thinking as well as broad public engagement. My goal is to facilitate both," added Rasmussen.
The statement did not say if he had any clients yet, and if so who they were.
Rasmussen is following in the steps of other prominent figures — chief among them former British prime minister Tony Blair — who have set up consultancies to offer highly-paid advisory services after leaving office.
Former Norwegian premier Jens Stoltenberg took over from Rasmussen on Wednesday at the helm of a Nato given a new sense of purpose by the Ukraine crisis.
Rasmussen, who was Denmark's prime minister from 2001-2009, played in leading role in drawing up the Nato response to what he described as Russian aggression in Ukraine, but Stoltenberg must also come to terms with turmoil and extremist threats across the Middle East and North Africa.
Stoltenberg made his first public address on Wednesday at Nato headquarters in Brussels.