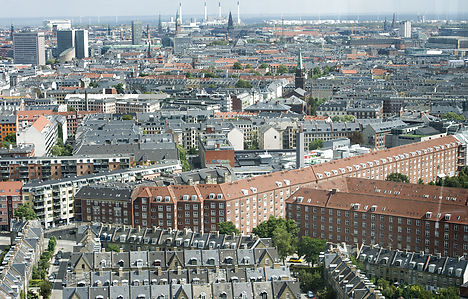 When it comes to expensive apartments, Copenhageners are not as bad off as they think. Photo: Keld Navntoft/Scanpix

Danes may complain that buying an apartment in Copenhagen is getting too expensive, but the price may be right if we compare the city to other capitals in Scandinavia and western Europe.

Politiken reports that Copenhagen is actually a cheap place to live, based on studies by the bank Nykredit and the National Bank (Nationalbanken).

Need a place to live in Copenhagen? Find a roommate

The Nykredit study found that even when factors such as different tax rates, income and mortgage rates were taken into account, Copenhagen still was a significantly cheaper place to live than its Scandinavian neighbour capitals.

Prices among lowest in western Europe
The Danish capital is in the low end, even if we move beyond Scandinavia. An overview of housing prices in eight European capitals released by the National Bank (Nationalbanken) revealed that only Vienna and Berlin was cheaper than Copenhagen.

If you compare housing prices to average income in each city, apartment prices end up being twice as costly in Paris and in Amsterdam than in Copenhagen. Helsinki and Oslo are closer to the Danish capital but housing is still more expensive here.

It remains uncertain how long Copenhagen will stay like this. Housing prices may soon be more like in Sweden and Norway, as the population growth keeps rising and new jobs are being created.