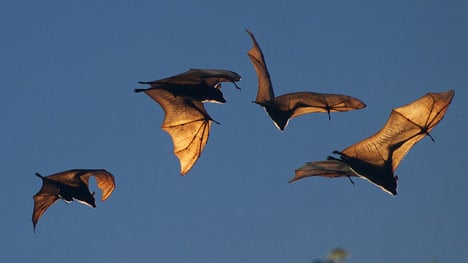 The woman is hoping the bats will fly out of her house and not return. Photo: Shellac/Flickr
If bats tend to creep you out a bit, then pity poor Helle Tryggedson.
The Danish woman has up to 200 bats living in her home in the Aarhus suburb of Åbyhøj.
“Suddenly I saw something fly above me and when I looked up, I saw that it was a bat. But there wasn’t just one, there were many. And they came out of my house!” the homeowner told DR.
Making things even worse for Tryggedson, she can’t do much about it.
Bats are a protected species in Denmark, leaving few options for their removal. Her local municipality couldn’t help her and the advice she received from the Danish Nature Agency (Naturstyrelsen) wasn’t much help either.
“Our advice is to leave them be. The bat is a protected species, so it cannot be killed or removed from where it is living,” Naturstyrelsen consultant Lars Bruun Hansen told DR.
Hansen, however, is attempting to get the bats out in a legal manner.
Hansen will set up clear plastic sacks at the hole in Tryggedson’s roof where the bats entered. The sacks will allow the bats to fly out, but not to fly back in. The sacks can remain in place for ten days, after which time the hole can be sealed.
“Then I’ll hope that there aren’t any other holes that can enter through,” Tryggedson said.
“I just want them gone. There is bat poo on the windows and I don’t find that particularly lovely,” she added.