SHARE
COPY LINK
The use of hard drugs by Danes under 25 has more than halved since 2008, new figures from the Danish Health and Medicines Authority (Sundhedsstryelsen) have revealed.
Just 3.9 percent of Danes aged 16-24 reported using drugs other than cannabis in the last 12 months. That number is down from eight percent in 2008 and contradicts a general perception that youth drug use is much more widespread.
“There is not a wide swath of youth who take drugs, and we researchers have known that for many years. Hard drugs like cocaine and amphetamines get a lot of media attention, so people get the impression that it is widespread amongst young people, that’s just not the case,” Mads Uffe Pedersen, a professor at Aarhus University’s Centre for Alcohol and Drug Research, told Politiken.
“Hard drugs are not generally accepted [by young people],” he added.
According to Sundhedsstryelsen, just 2.3 percent of young Danes have tried cocaine within the last year, only 1.6 percent have taken amphetamines and just 1.0 percent have tried ecstasy.
See also: VIDEO: 'Denmark will definitely legalise weed'
Cannabis use, however, has been increasing since the end of the ‘00s and 23.9 percent of Danes aged 16-25 say that they have smoked cannabis in the past 12 months. The 2014 European Drug Report revealed earlier this year that the 35.6 percent of Danes in all age groups who have tried cannabis in their lifetime is the highest proportion in all of Europe.
But when it comes to harder drugs, Pedersen said that they simply aren’t cool among young Danes.
“The use of most drugs has slowly gone from being seen as many as a little bit exciting to being something that is more for losers, and usage has been limited to specific sub genres and certain social circles. But it hasn’t spread to the general youth, where today most of them are sceptical about hard drugs,” he told Politiken. 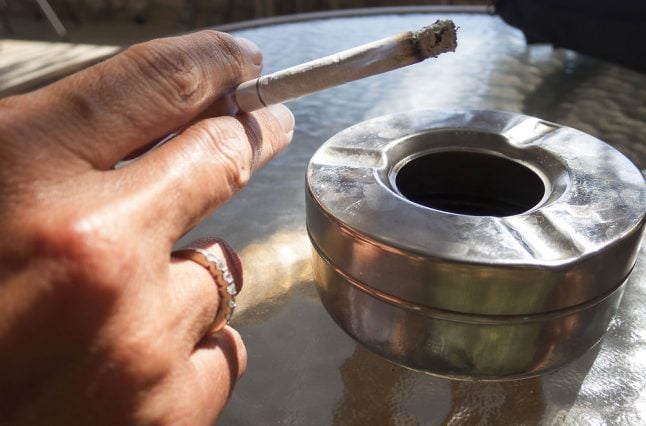