SHARE
COPY LINK
The Muslim organisation Dansk Muslimsk Union (DMU) has officially condemned the Islamic State, the terrorist group alternately known as Isis.
“Isis’s extreme behaviour creates a completely distorted picture of Islam and reducing this beautiful and peaceful religion to nothing more than a horror story and a feared ideology. By doing so, Isis has made itself an enemy of Islam that has no legitimacy as a true expression of Islam or as a model for Muslims,” DMU wrote in a press statement.
“Dansk Muslimsk Union condemns the organisation Isis, its brutality, its murder of innocent people, its highjacking of the concept of a caliphate and its misuse of Islam as a religion,” DMU added.
DMU serves as an umbrella organisation for groups including the Islamic Society in Denmark (Det Islamiske Trossamfund) and the Danish Islamic Council (Dansk Islamisk Råd).
In addition to DMU’s condemnation, an anti-Isis demonstration has been arranged by Danish Muslims for Saturday in Copenhagen.
“It’s high time that we show our solidarity with the poor people who on a daily basis endure Isis’ barbaric and gruesome actions and abuse,” the organisers write on Facebook.
The demonstration will begin at Nørrebro’s Red Square at 6pm on Saturday.
Parts of Denmark's Muslim community have come under fire in recent weeks for expressing support for Isis. A mosque in Aarhus said that "we cannot help but support the Islamic State', while a humanitarian organisation in Copenhagen is suspecting of helping to finance the jihadist group through the sale of stickers. Meanwhile, a Dane who fought alongside Isis has warned that Denmark will be targeted by the group while another Danish jihadist posted photos of himself posing with the severed heads of Isis victims. 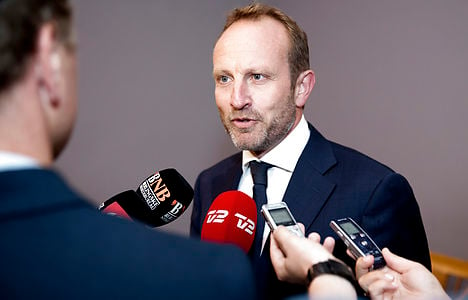