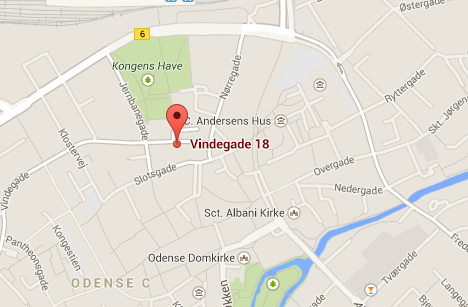 Google Maps
A bomb threat against a job centre shut down central Odense on Monday afternoon.
Police received word of a bomb threat at 1.25 pm and responded with numerous cars, bomb disposal agents and bomb-sniffing dogs. Several area streets were closed off as police looked for explosives.
After approximately three hours, police concluded that there was not a credible threat and reopened the area.
"The bomb disposal agents and the bomb-sniffing dogs have now gone through the job centre and there was nothing discovered that gave reason for concern. Therefore we are removing all restrictions in the area now,"  Funen Police spokeswoman Mie Brøchner said in a press release.
Police said that the threat was delivered in writing but did not give additional information due to the ongoing investigation.