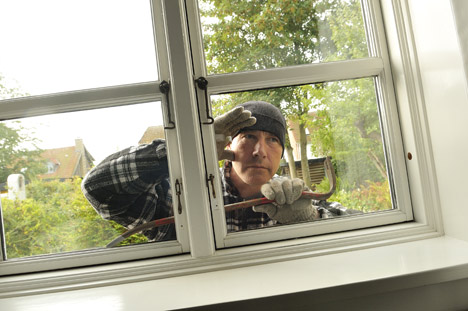 Photo: Colourbox
Break-ins are down slightly in Denmark, but Danes still experience more unwelcome house guests than almost anyone else in Europe.
According to the Danish Crime Prevention Council (Det Kriminalpræventive Råd – DKR), there were 12 percent fewer reported break-ins in the second quarter of 2014 than the year before.
But Denmark remains second to only Greece for the most break-ins in Europe.
“We are very happy that the development is going in the right direction. But we still have a long way to go before we reach an acceptable level,” DKR spokeswoman Lone Harlev said in a press release.
DKR reports that Denmark has 749 reported break-ins for every 100,000 residents in 2013, while there were only 218 in Sweden and 104 in Norway.
“Danish residents aren’t as good as people in other countries at securing their homes with the proper locks and windows or with carrying out neighbourhood watches,” Harlev told The Local. “But not only are we not as good at securing our homes, we also have a lot of valuables and when it is easy to come in, that increases the benefit for the burglar.”
DRK said that the decline in break-ins can be attributed to the increased popularity of the neighbourhood watch programme Nabohjælp that was launched in 2012. Harlev told The Local that some 72,000 homes nationwide have signed up for the programme since it began.
“The burglars judge how likely they are to be noticed, so when we keep an eye on each other’s homes and take care of our residential areas together, we also prevent burglaries,” Harlev said.
Harlev said that her organisation advises residents to be aware of fences and hedges that block their homes off from view, giving burglars a place to work. DRK also suggests moving valuable items out of sight.
“We tell people to keep valuables out of view but if you just pull all of the curtains, that can send a message to burglars that no one is home. So you have to find a balance,” she told The Local.
While break-ins are down on the whole, figures from the Danish National Police (Rigspolitiet) reveal that burglaries of summer and vacation homes are up.
The biggest decline in break-ins was seen in northern Jutland, where they were down by 22 percent. In the Copenhagen area, there were seven percent fewer break-ins.
According to the insurance company Alka Forsikring, the amount stolen in a break-in is on a general increase. In 2012, the average yield of a burglary was 22,053 kroner ($3,953) while in 2013 it was 24,216 kroner ($4,340).
In July, an internal Copenhagen Police document obtained by the tabloid BT revealed that police only investigate thefts when the value of the stolen goods exceeds 100,000 kroner ($18,165).