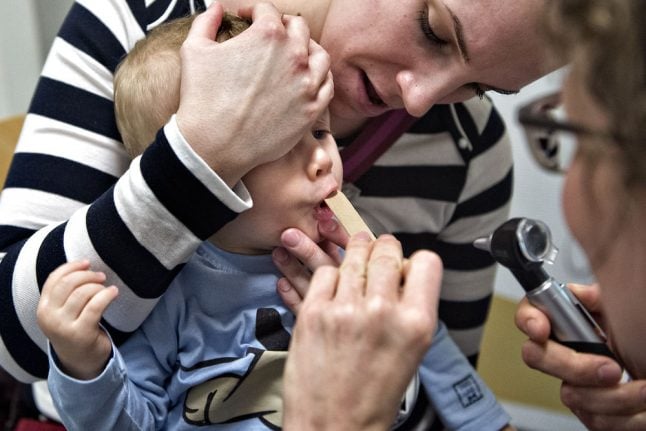 Photo: Jens Nørgaard Larsen/Scanpix
At the beginning of the year, Capital Region (Region Hovedstaden) brought in a new health rule.  It decided that patients needing emergency care shouldn’t just turn up at hospital. Instead they should call a help line number – 1813 – where trained staff would access the problem over the phone and decide whether or not the patient needed to go to accident and emergency.  If they felt the person did they would book him/her an appointment at either the local hospital or the one with the shortest waiting time.
The system hasn’t proved popular.  The news has been full of stories about people waiting in endless phone queues to speak to a health professional.  Others have described being turned away from hospital because they didn’t call the help line first.  Then in March a woman suffering from chest pains called the hotline and was advised by the on-call doctor to take two painkillers and go back to bed.  An hour later she was dead.
See also: Emergency phone line continues to flounder
On the fist day of my four-year-old son’s summer holiday, he managed to fall out of a tree house.  He was in severe pain and his arm looked very red and blotchy.  My husband called the 1813 number and a nurse called me back so that I could describe his symptoms.  By then Charlie was calmer and the nurse assured me I did not need to take him to hospital because his arm wasn’t broken.  How did she know when she hadn’t seen him?  She told me that because he could move his fingers it couldn’t be broken.  So we followed her advice and found ice from the freezer and gave him some Calpol.
The next morning he seemed happier but was still in obvious pain.  A friend of mine who was a GP back in Ireland said she’d take a look at him.  She told me that she thought he had a fracture and that I needed to get him x-rayed.  Half an hour later and I was still waiting to speak to a nurse on the 1813 help line to book an appointment.  When I finally did get through she told me she couldn’t guarantee he’d be x-rayed but I could go along to hospital and wait.
We were finally seen – almost 24 hours after the accident.  The doctor, who was both friendly and attentive, agreed to have him x-rayed and guess what, his arm had two fractures – one big, one small.  He was put in a plaster cast up to his shoulder by two more doctors who couldn’t have been nicer.  But the cast was fairly soft and when my husband took Charlie back for a check-up six days later an x-ray showed the bone had set incorrectly.  Charlie needed a full operation under general anaesthetic to re-break the bone, insert two metal pins and then spend another five weeks in plaster.
Thankfully the op went well and the staff at Hvidovre Hospital couldn’t have been more professional, friendly and caring towards Charlie – they even gave him a teddy bear.  This week he underwent his second op to have both the pins and plaster cast removed.  Again the staff were fabulous and so too were the facilities.
But that doesn’t change the fact that the Danish healthcare system got it wrong.  In the UK the health hotline has also been criticised.  But members of the public can still turn up at A and E at any time of the day or night to see a doctor – even if the wait can be long.
There’s no denying that once in the Danish hospital system it was impressive – clean, lots of attentive staff, state-of-the-art equipment.  Sadly, despite the enormous tax Danes pay, accessing those services isn’t easy.  I hope politicians and bureaucrats see sense and sort it out sooner rather than later. Alex Forrest is a Copenhagen-based freelance journalist, broadcaster and full-time mum. This piece was originally posted on her blog and is republished with her permission.