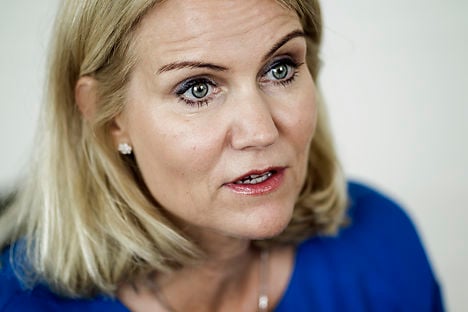 Photo: Mads Nissen/Scanpix
After remaining relatively quiet over the summer holiday, PM Helle Thorning-Schmidt kicked off the new political season with a trio of Sunday interviews in Denmark’s three largest newspapers.
In yet another sign that the run-up to the next parliamentary election will focus heavily on immigration, Thorning-Schmidt weighed in on opposition party Venstre’s much-hyped immigration policy proposal and focused on the problems Denmark faces in accommodating asylum seekers.
Speaking to Politiken, the prime minister went on the counter-attack against Venstre. She called the party’s immigration proposal, which was revealed on Friday, a “huge relaxation of immigration policies”.
Venstre’s proposal was the formal follow-up to a sharply-worded op-ed from party spokeswoman Inger Støjberg that suggested setting different standards for immigrants based on where they come from.
Among the highlights of the 27-page proposal is making it easier for immigrants who come from countries with “an economic, cultural and social development similar to ours” to immigrate to Denmark. Immigrants from those countries – EU and Nordic countries, the US, Canada, New Zealand, Australia, Andorra, Argentina, Brunei, Chile, Israel, Japan, Switzerland, Singapore and South Korea – need only to find a job with an annual salary of 215,000 kroner ($39,000) to gain admittance. Those coming from other countries would need to earn 400,000 kroner ($72,000) per year.
Thorning-Schmidt said Venstre’s plan would lead to more immigrants and a negative effect on salaries.
“They are saying to half a billion people that they can live and work in Denmark as long as they earn 18,000 kroner per month. That is a huge relaxation of immigration policies and a giant invitation to a lot of people to come to Denmark,” she told Politiken.
“I think it would lead to social dumping,” she added.
Send refugees back home
In her interview with Jyllands-Posten, the prime minister focused on asylum seekers, the number of which nearly doubled between 2011 and 2013.
“We should be better at sending people back to their homelands when there is peace. We should take a good look at the rules in that area,” she told the newspaper.
“We have a limit for how many asylum seekers we can have. I understand those small communities that think it is a bitter pill to swallow,” she added, referring to the resistance in towns like Sønderborg and Rønne that have reluctantly agreed to take in hundreds of asylum seekers.
The prime minister shot down the opposition’s argument that refugees are streaming to Denmark due to the government’s asylum policies.
“There are record numbers of refugees in the world. Of course that also causes pressure on Denmark,” she said.
No changes to unemployment benefits
Thorning-Schmidt’s interview with Berlingske, meanwhile, focused on the expected budget negotiation clashes the government will face with support parties the Red-Green Alliance (Enhedslisten) and the Socialist People’s Party (SF) over the unemployment benefit dagpenge.
The reform of the dagpenge benefit was approved by the previous Venstre-led government but implemented by Thorning-Schmidt. It halved the period that individuals can receive the benefit from four years to two. The government expected that no more than 4,000 individuals would lose the right to dagpenge per year, but some calculations show that as many as 34,000 lost the benefit last year and another 14,000 will lose it in 2014.
Despite that, the PM made it clear that her government would not go back on the changes.
“We definitely do not expect to make any changes other than those we have already made,” she told Berlingske.
SF and Enhedslisten have stated that changes to the dagpenge system will be key for their support of next year’s budget.
Thorning-Schmidt said that she would not entertain any changes now and instead will wait for the recommendations of a commission that has until the onset of 2015 to deliver recommendations on changes to the dagpenge system.
“The way I see it, they [SF and Enhedslisten, ed.] have the right to have the opinions that they have, but we would rather await the commission’s recommendations before we look at any changes to the system whatsoever,” she said.
As she has done countless times over the past several months, Thorning-Schmidt also used her Sunday media blitz to deny any interest in a top EU post.
The Danish PM is still considered a top candidate for the position of either European Council president or the EU’s High Representative for Foreign Affairs.
At an EU top meeting in Brussels on July 16th, European leaders were unable to come to an agreement on filling those posts and decided to delay the decision until August 30th. 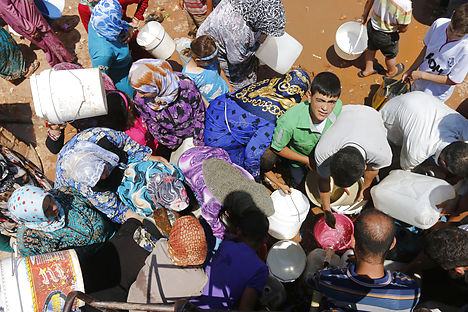 IMMIGRATION
Asylum seekers have it too good: opposition 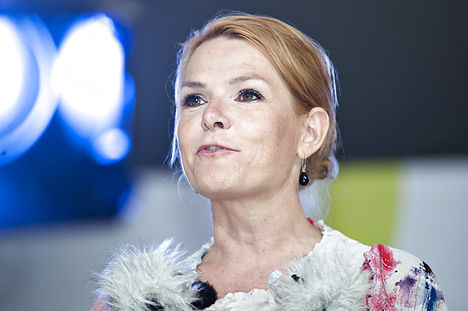 IMMIGRATION
Denmark: The land of no entry (for Muslims)
Url copied to clipboard!