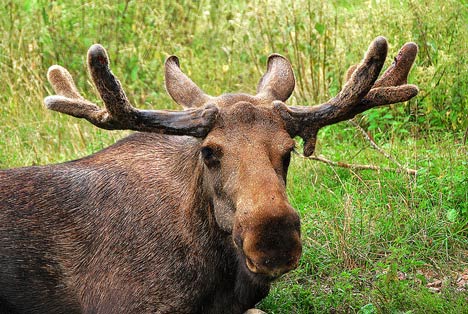 Thousands of birch trees have overrun the large marsh area Lille Vidmose in northern Jutland. Unable to control the trees' growth using local workers, Denmark is turning to a foreign workforce. Of the four-legged sort, that is.

Ten to twelve elk will be brought from Sweden next year to serve as tree trimmers. The elk will join local red deer in a 30-kilometre enclosed area in Lille Vidmose. A team of unemployed workers (the human kind) is currently installing a 2.5-metre high fence to keep the animals in, DR Nordjylland reports.

One can only hope that the elk brought over from Sweden are not the drunk, angry or overly curious kind.

Swedish elk in Denmark are not an entirely new phenomenon. In 2009, an elk swam across the Øresund and in 1999-2000, an elk lived in northern Jutland for about ten months before getting hit by a train.