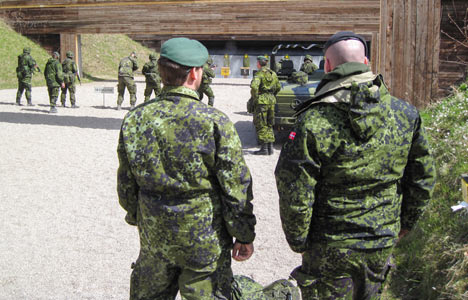 Photo: Colourbox
Denmark’s war capabilities are jeopardised by an increasing number of officers leaving the service, two military officials have warned.
Berlingske reports that two young military officers – Michael Ulrich and Anders Kjelgaard – wrote to the defence minister, Nicolai Wammen, to express their concerns over the large number of personnel abandoning the military.
According to the two men, 142 military officers have left the Danish defence over the past year. That’s twice as many officers as last year.
“We consider the situation to be critical,” Ulrich and Kjelgaard wrote.
The letter also sharply criticised top military brass.
Chief of Defence Peter Bartram was blamed for creating poor morale amongst his ranks.
“We experience a chief of defence who has not created confidence in his project. A lack of quality in leadership costs lives and increases the security risk,” the letter says.
The defence ministry told Berlingske that Wammen would address the concerns after his summer holiday.