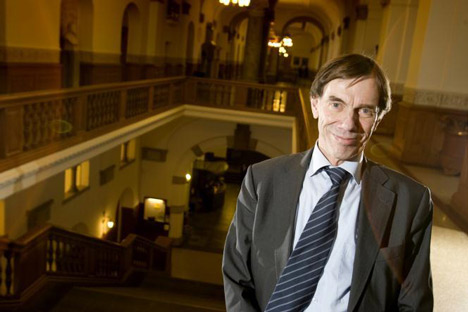 “Regarding the Jews' situation in Europe: The Muslims are continuing where Hitler left off. Only the same treatment Hitler received will change the situation.”

That's the text of a tweet that Mogens Camre, a former MP and MEP for the Danish People's Party, wrote on Thursday.

The tweet initially led to head-scratching and indignation on the social media platform, but on Friday it became a matter for the police.

“I found those remarks to be a threat to my security and a direct incitement to commit offences against Muslims living here. They were also generalising and racist, which is why I reported him for a violation of Article 266b, paragraph 136 of the Penal Code,” Badran told BT.

This isn’t the first time Camre has compared Muslims to Nazis. In 2009, he told a Dutch TV channel that modern day Muslims in Denmark were a worse presence than occupying Nazis in World War II.
“The German soldiers in our streets behaved better than the Muslim boys – much better, they were well disciplined,” he said in a clip that can be viewed below (the clip is in Danish, but Camre's Nazi comparison is in English).
Nor is this the first time Camre has been charged with racism. In 2003, he was charged for saying that all Western countries have been infiltrated by Muslims planning to take over, and in 2005 he was reported to police for blaming Denmark’s low birth rate on the “immigrant burden” and for saying that “immigrants in Denmark as a whole do not contribute anything at all to society.”
Camre, 78, is a member of the Galdsaxe city council.