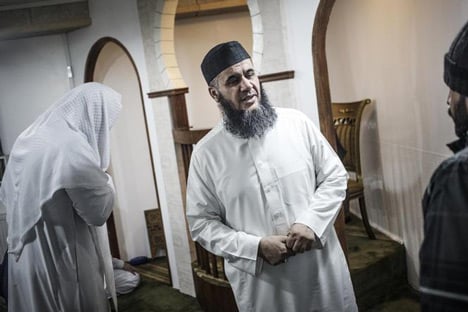 Photo: Casper Dalhoff/Polfoto
An official police complaint has been filed against the Aarhus-based imam Aba Bilal Ismail for his inflammatory remarks in a Berlin mosque.
Katrine Winkel Holm, the chairwoman of the Danish Free Press Society (Trykkefrihedsselskabet), reported Ismail to the East Jutland Police on Friday.
"Calls for violence create ripples of fear that lead to a loss of freedom for those affected by them. These days, the freedom of expression is under pressure from threats and incitements to violence. It is therefore completely insufficient to just have Danish politicians once more settle for the ritual condemnation of an imam's horrible remarks," Holm wrote in a press release.
Speaking at the Al Nusra mosque in Berlin on July 18th, Aba Bilal Ismail was caught on video calling for the death of Jews.
“Oh Allah, destroy the Zionist Jews. They are no challenge for you. Count them and kill them to the very last one. Don’t spare a single one of them. Oh Lord, bring torment upon them,” Ismail said.
East Jutland Police are already looking at the video of Ismail's comments to determine if they should initiate a criminal case.
If Ismail is found to have violated Danish law, politicians have called for his deportation and the closure of the controversial Grimhøj Mosque in Aarhus, which is suspected of radicalising young Muslim men. Police say that 22 young men who belong to the mosque have travelled to Syria to fight in that country’s civil war.