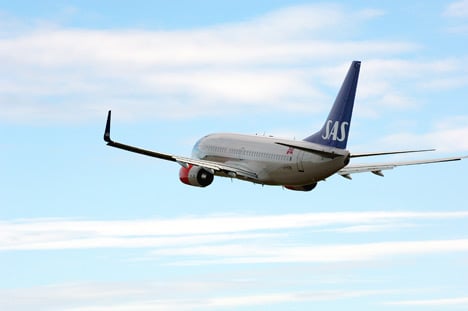 Photo: SAS
SAS is resuming flights between Copenhagen and Tel Aviv, the airline announced on Thursday evening.
The first flight departing Copenhagen for the Israeli city is scheduled for 10.50pm on Thursday.
“We have a flight with spots for 198 people that looks quite booked, and it will fly to Tel Aviv tonight,” SAS spokeswoman Trine Kromann-Mikkelsen told Ritzau.
A flight will leave Tel Aviv for Copenhagen at 5am and the airline will attempt to get as many stranded passengers home as possible.
“Two of our flights from Tel Aviv were cancelled, so we have 300-350 passengers who have waited to come to Copenhagen” Kromann-Mikkelsen said.
SAS makes three weekly flights to Tel Aviv from Copenhagen and two from Stockholm.
Norwegian airline, cancelled two flights between Stockholm and Tel Aviv on Thursday. The airline has not yet announced whether a schedule flight between Tel Aviv and Copenhagen will go on as scheduled. Norwegian is offering passengers who have booked flights to Tel Aviv through August 3rd the opportunity to rebook them for a later date.
SAS and Norwegian were among a long line of airlines that cancelled flights to Tel Aviv after a rocket landed near Ben Gurion International Airport on Tuesday. The US Federal Aviation Administration lifted its ban on flying to Tel Aviv during the early morning hours of Thursday.