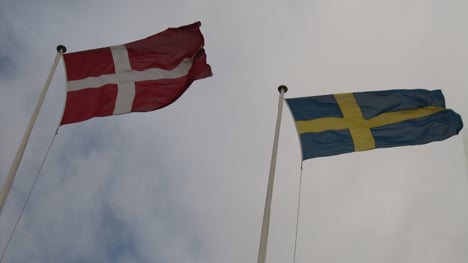 Just which country has the taboos? Photo: Colourbox
In Sweden, the public debate is defined by niceties and self-censorship, while in Denmark it is free and without taboos.
That is the story we love to tell each other. So much so that part of the Danish media licence money is currently funding a program on Radio 24syv that is broadcasting ‘free speech’ to the Swedes. Denmark’s Voice (Danmarks Röst) is the name of the program in question and the right-wing commentator Mikael Jalving is the man behind the microphone.
SEE ALSO: Danes want Swedes to break 'spiral of silence'
The irony is that this popular Danish narrative says more about Denmark than it does about Sweden. That was also pointed out recently by Lars Dencik, a professor at Roskilde University, who said in Information: “It is a defensive position which uses the theory that a good offence is the best defence… In reality, it is an attempt to defend Denmark’s ills.”
One example that disproves the myth that Swedes are hampered by taboos while Danes are not is that Sweden has dared to criticise the United States, Nato and other international actors while Denmark just falls in line without debate. That explains why we see Helle Thorning-Schmidt being considered for a top EU post and not, for example, the more outspoken Swede Carl Bildt.
You could also add that for the same (centre-left orientated) Thorning-Schmidt, it is a complete no-go to send warm wishes to Denmark’s Muslim residents celebrating Ramadan, while the British (and conservative!) David Cameron did it as if it was the most obvious thing in the world.
A few weeks ago, a story circulated in the Danish press about a whole school class in Sweden in which all the girls were of non-Swedish background and had all undergone genital mutilation. This was right up the alley of the columnists who write for Berlingske and other conservative media. Here was yet more proof of the real-life consequences of the Swedes’ oppressed pubic debate. Except, of course, that the story turned out to not be true.
That they were so wrong and built their conclusions on incorrect information funnily enough did not lead to any debate or self-examination, which is strange given their professed fondness of free speech.
The truth of course is that the debate is extremely small and narrow-minded in Denmark and they only thing we are ‘free’ to do is to criticise others and above all to take aim at one type of minority or another.
The Danish narrative is based upon a lie, which is most clearly seen when it comes to the refugee and immigrant debate. We love to tell each other that we dare to speak freely, while the Swedes stay silent.
We act as if we are discussing difficult topics like women’s rights, distorted gender and beauty ideals, personal freedom and the fight against social control and exclusion, but in reality we expose our glaring ignorance while remaining completely silent on other issues.
Okay, you want to talk about social control? In the Danish context that’s synonymous with taking yet another trip on the headscarf and/or honour killing merry-go-round. These are important issues, but why do we never discuss the fatal consequences of distorted gender and beauty ideals amongst the majority population?
That some Muslim women feel obligated to wear a headscarf is a record that is played on repeat in Denmark, but that tens of thousands of Danish girls feel so badly that they contemplate suicide and/or practise deliberate self-harm never leads to a heated debate.
But it is a fact: More than one in five young (ethnic Danish) girls struggle with the above-named problems. Every doctor, psychiatrist and psychologist knows that, but because it’s about ‘us’, it is therefore taboo.
“It’s become a part of our culture,” psychiatry professor Bo Møhl told Politken earlier this year. “I call it a new pathology because it isn’t just about individual high school students, but rather a whole graduating class who harm themselves.”
Note the term ‘our culture’. It is precisely that which we fail to reflect upon when a large portion of our youth cut or burn themselves.
This is just one example, but it illustrates a dynamic that exists in many areas in Denmark. We run around in circles having pseudo debates while constantly avoiding difficult self reflection.
When that is not the case in, for example, Sweden, we need an explanation. But we never once seem to consider that maybe they have the answer over there on the other side of the Øresund.
Dear Swedes, and the rest of our nearest neighbours, we need you.
There are so many taboos that we should address but we just aren’t able to do it. It is not the Swedes who need Denmark’s (Smug) Voice. We are the ones who need to hear others’ voices, so we can broaden the narrow and predictable Danish debate. Brian Esbensen is a journalist, debater and political commentator. This op-ed was originally published in Politiken and has been translated and republished with the author's permission.