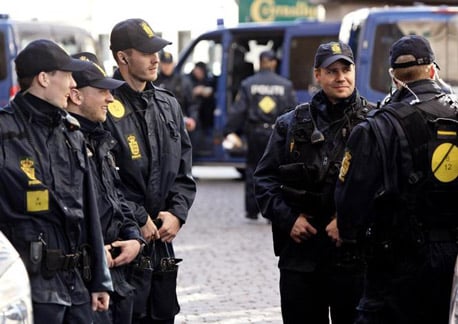 Photo: Jens Dresling/POLFOTO
Thieves in Copenhagen can commit their crimes with impunity as long as they don’t steal big-ticket items.
An internal summary from Copenhagen Police obtained by BT revealed that police only investigate thefts when the value of the stolen goods exceeds 100,000 kroner ($18,165).
If the stolen items are below that amount, the police simply register the theft and do nothing more.
The internal document showed that just five percent of the 48,521 reports of theft, break-ins and vandalism in 2013 were investigated.
Claus Oxfeldt, the chairman of the Danish Police Union (Politiforbundet), said that police lack the resources to investigate all crimes.
“I am shocked and feel compelled to make a cry for help, because this is an enormous problem for residents’ rights,” Oxfeldt told BT. “If police aren’t prioritising investigations because of a lack of resources, then far too many criminals are escaping punishment. My members are finding it hard to look residents in the eye.”
Jan Bjørn, a Copenhagen Police spokesman, confirmed that there is a “rule of thumb” in his precinct that thefts should amount to over 100,000 kroner before investigators get involved.
“Clearly if there were more resources in that area, we would be able to solve more cases,” Bjørn told BT. “Everything we do is dictated by resources.”
Oxfeldt said that the police risk losing the respect and trust of the people.
“When Danes report a break-in, police should have the resources to investigate but that’s just not the way it is in reality,” he said. “We can see that the sale of burglary alarms is booming. Why? It’s because people do not have faith that the police will come if they call them.”