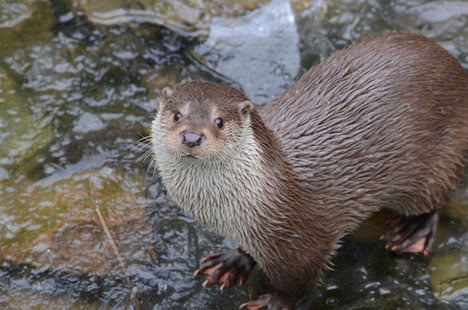 Mostly found in Jutland, otters are now popping up on Zealand. Photo: eike/Flickr
Around 100 seals have been found dead on the Danish island of Anholt over the past two weeks.
Despite initial fears that the deaths were caused by a new plague outbreak, researchers at the National Veterinary Institute at the Technical University of Denmark concluded on Wednesday that the seals died as a result of bacteria.
Autopsies of four seals revealed that the animals died from a lung infection.
"This bacteria primarily claims the lives of weak and susceptible animals, while all seals are vulnerable to the plague as it is now so long since the last outbreak that they are no longer immune," veterinarian Mariann Chriél told Ritzau.
The last outbreak of seal plague wiped out roughly half of the animal's population in Northern Europe in the late 1990s.
Otters expanding territory
In other aquatic mammal news, the Danish Society for Nature Conservation (Danmarks Naturfredningsforening – DN) reported that otters are making a comeback on the island of Zealand.
DN believes that there are at least three otters on Zealand, a sign that the species is bouncing back after being nearly decimated by hunting in the 1950s.
While otters are rather common in Jutland, they have largely stayed away from the more populated Zealand. DN at one point considered moving otters from Jutland to Zealand in an effort to spread out the population, but the plan met resistance.
“The otter population here [on Zealand] is alive and kicking,” local estate owner Gregers Hellemann told Danmarks Radio. “They are shy, but it’s interesting to follow because there has been a clear development since when I spotted my first otter back in 2006.”