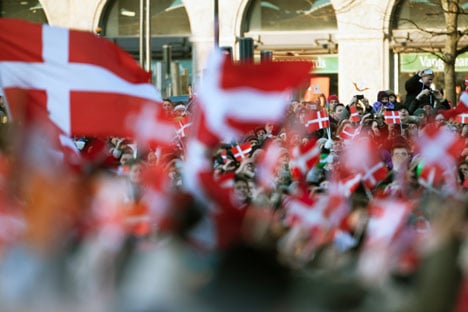 Be one with the crowd, do not stand out: the Jante Law creed. Photo: Colourbox
Yes, it was lovely, thanks for asking. Drove down to Tuscany, stopped off at Maranello, where we borrowed a Ferrari from the factory for an afternoon, before heading on for two weeks in a villa with a pool outside of Sienna; visits to Michelin-starred restaurants, bit of shopping in Florence, spot of opera – the usual.
How about you? Really? Shame. But if you must insist on going to Devon every year…
We’re role playing here, in case you’re wondering. So, what was your reaction to my boastful little outburst?
a) Well, that’s nice for you, but there’s no need to go on about it. What’s wrong with a summer house by the North Sea?
b) Wanker.
c) This is annoying, I meant to click on that dating agency link on the right…
d) Good for him. I am sure he deserved a nice break.
If you answered a), I’m guessing you are a Dane; if you answered b), you have to be English and, if c), I am sorry to have detained you, have another click. If you answered d), then I suspect you probably do not exist.
Envy, as unattractive and undesirable an emotion as it may be, is universal. If you don’t feel it from time to time, then you might want to get your pulse checked. Resenting those who have more than us, particularly when they parade their success/wealth/full head of hair (to name just three of my own issues in that regard), is just part of the human condition.
So what about Janteloven (The Law of Jante), that most Danish form of envy? Actually, I think that Janteloven, is quite different from common or garden envy. Janteloven reflects a very specific sub-species of human frailty. If you’ve lived in Denmark (or Norway or Sweden, for that matter) for a while, you will be all too familiar with these miserable collectivist commandments invented by provincial Danish author Axel Sandemose (a deeply unpleasant character, by all accounts, but that’s by-the-by), in his 1930s novel, A Fugitive Covers His Tracks.
Here’s a taster of five of the laws, just in case you aren’t up to speed:
You must not think you are anything special.
You must not think you are as good as we are.
You must not think you are better than we are.
You are not to laugh at us.
You are not to think you can teach us anything.
And so on.
In truth, you find these kind of attitudes in any rural, peasant, or provincial societies, particularly where people share similar levels of wealth. In primitive societies – rain forest tribes and so on – Janteloven is what anthropologists might term ‘counter dominance strategies’ – in which anyone who boasts or attempts to raise themselves above the group will be ridiculed and brought back down to earth.
So why is Jante Law so tricky for foreigners in Denmark to deal with? After all, in the Anglo Saxon world we have ‘Tall Poppy Syndrome’ – stick your head above the field, and you risk having it chopped off – which is kind of the same, no?
Well, no, it isn’t. The difference between Jante Law and Tall Poppy Syndrome, as I see it, is that the latter only really applies to people who actively seek to raise themselves above others; show-offs, those who conspicuously consume, reality TV ‘stars’, or mouthy politicians. But Jante Law applies to everyone. All. The. Time.
For the new arrival in Denmark, there are two choices. One: moan like me, and make yourself miserable and bitter. Or, two, learn to love Jante Law.
Yes, that’s right, love it. After all, Jante Law is just one facet of what makes living in Scandinavia so great: the comparative lack of flashiness, and a disapproval of ostentation, snobbery or show-offiness. This is good, surely?
So, see it as a manifestation of the region’s admirable social and economic equality, and suddenly Jante Law seems less invidious.
Well, it’s worth a try… 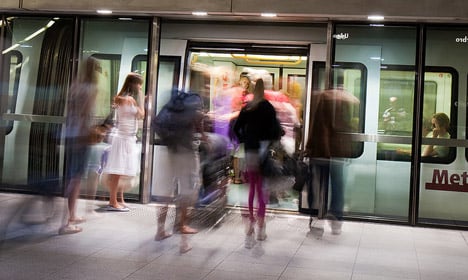 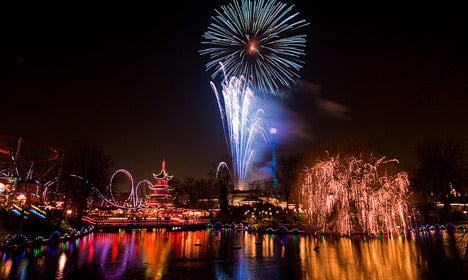