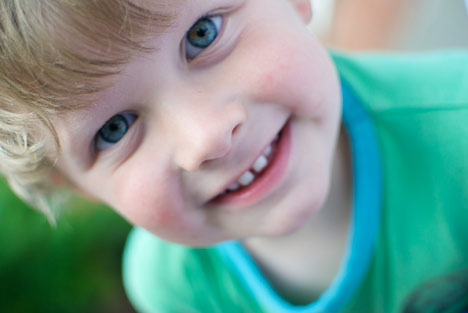 It is estimated that 2-3 percent of Danish school children have ADHD. Photo: Colourbox
Danish researchers think they may have made a breakthrough discovery about the causes of ADHD.
A study carried out on mice by researchers at Aarhus University concluded that ADHD-like conditions might be caused by a gene defect.
“If the gene is defective, it’s 100 percent certain that it will lead to ADHD-like symptoms in mice. But humans also have this gene and it has been suspected that it could be involved in the development of ADHD in people. Our study confirms this,” the lead researcher, Anders Nykjær of the Department of Biomedicine at Aarhus University, told Science Nordic.
The researchers discovered that if the gene in question, SorCS2, is missing or defective, brain cells are not able to properly communicate, potentially leading to behavioural disorders.
“The mice in our experiments became hyperactive and had attention disorders, just as we find with ADHD patients,” Nykjær said in an Aarhus University press release. “If we gave them a Ritalin-like substance, which is the most common ADHD medicine, then they became relaxed, which is unusual to see in mice.”
Nykjær stressed that not all cases of ADHD could be explained by the genetic defect.
“ADHD is a complex condition and research suggests that it can be caused by genetic predisposition as well as the surroundings and what goes on in early childhood,” he told Science Nordic. “The question is how many of the people who are diagnosed with ADHD have a defect in this specific gene.”
The Danish ADHD association estimates that between two and three percent of all Danish schoolchildren are diagnosed with the attention deficit disorder.
The results of the study, which was carried out in collaboration with The Mayo Clinic in Rochester, Minnesota, were published in Neuron, the world’s leading neuroscience journal.