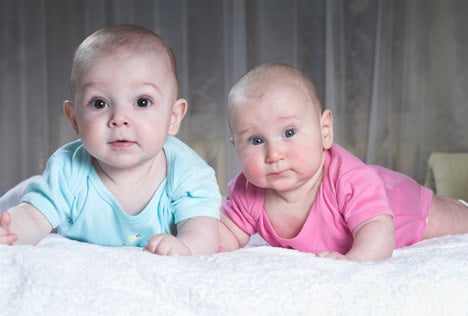 The top five names for both boys and girls remained largely unchanged. Photo: Colourbox
In about six years, there might be a lot of confusion in classrooms around the nation when the teacher calls on Sofia or William.
Sofia and William topped the list for the most popular baby names for the second year in a row. Nineteen of every 1,000 girls born in Denmark in 2013 was a Sofia, while 22 of every 1,000 boys were named William.
All top five girls’ names for 2013 were the same as in 2012. The only change was that Isabella and Freja swapped places so that Isabella was the third most popular name and Freja the fifth.
The boys’ list was also fairly consistent but did include a new top five placement for Emil, which was at number eight in 2012.
New entries on the list of top 50 girls names were Vigga, Malou, Thea and Nora. Entering the top 50 for boys were Elliot, Laurits, Theodor, Arthur and Villum.
Parents have somewhat turned their backs on the girls’ names Signe, Tilde, Katrine and Silke, all of which fell out of the top 50. Likewise, Gustav, Rasmus, Sander, Kasper and Silas dropped out of the top 50 names for boys.
Top ten girls' names: