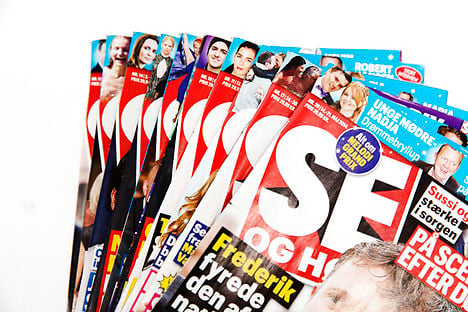 Photo: Kasper Palsnov/Scanpix
Denmark’s largest ever media scandal continues to take twists and turns.
Gossip magazine Se og Hør’s paid use of an employee within the credit card company Nets has already led to eight indictments. Now police believe the magazine was paying numerous other sources to provide secret information.
According to the tabloid BT, police suspect that current and former Se og Hør employees paid sources within the police, the Royal House and at Copenhagen Airport, among others.
The new accusations came to light at a hearing at the Eastern High Court on Thursday. BT reports that the prosecutor accused Se og Hør and its publisher, Aller Media, of being engaged in “comprehensive organized crime” and systematically paying a number of sources for confidential information.
Copenhagen Vestegn Police have requested permission from the court to search Aller Media and Se og Hør’s phone and mail records.
The suspicion that Se og Hør paid sources within the Royal House and the police come from the comments of the magazine’s former editor-in-chief Henrik Qvortup.
Police say that when they questioned Qvortup about the magazine’s use of the Nets source, the former editor told them that the Nets employee’s information was checked against Se og Hør’s “steady sources” in “the police, the Royal House, the tower [Copenhagen Airport’s control tower, ed.], [and] the airport”.
In court, a police investigator said that they could not prove that the sources were paid by Se og Hør.