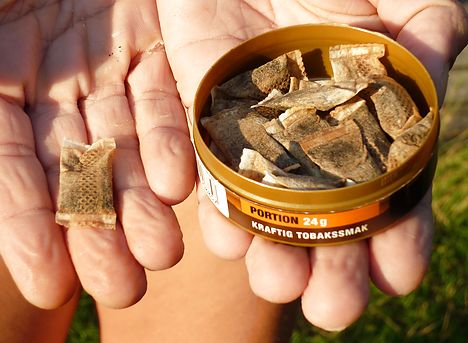 Packaged snus is illegal in all EU countries with the exception of Sweden. Photo: Oliver Morin/AFP/Scanpix
The EU Commission has made good on its threats to take Denmark to court over the illegal sale of snus.
Denmark was warned by the commission two years ago to stop the sale of snus, an oral tobacco product that is banned in the EU under the Tobacco Products Directive (TPD).
Only Sweden is granted permission to sell snus, due to that country’s status as a snus producer.
The EU told Denmark in October 2012 that legal action would be pursued if the illegal sale of snus was not halted.
"Until now, Denmark has not notified any such measures to the Commission and continues to be in breach of EU law. For this reason, the Commission has decided to refer the case to the CJEU [Court of Justice of the European Union, ed.],” the EU Commission said in a statement.
The Danish government tried in March 2013 to forbid the sale of loose snus, but the proposal failed to receive the necessary backing to pass in parliament.
The loose form of snus is currently legal in Denmark, but the sale of the more common packaged snus is banned under the TPD.
The EU Commission’s case against Denmark is expected to be decided within the coming months.