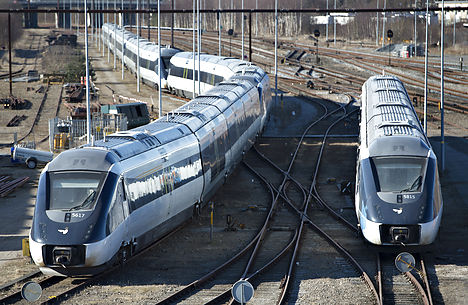 Photo: Henning Bagger/Scanpix
Update, 10.45am
DSB has now announced that trains are rolling on the tracks again following this morning's disruptions. Those using the affected regional trains can still expect "big delays", the rail operator said.
Original, 9,38am
It may be a rough morning for commuters. DSB announced at 9.10am that many regional trains on the island of Zealand, including the commuter train over the Øresund Bridge to Malmö, are not running this morning due to an IT problem. According to DSB, the problems are not affecting the S-tog trains in the Copenhagen area.
DSB said that they currently have no estimate for when trains well run again.
Making matters worse for commuters, the technical problems are also affecting the information signs at stations leaving travellers without a way to be updated.
According to DSB, the problems are due to an error within rail company Banedanmark's IT system.