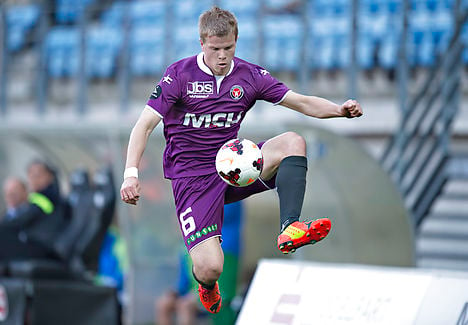 Jesper Juelsgaard will be hopping from FCM to French club Evian. Photo: Claus Fisker/Scanpix
Danish international defender Jesper Juelsgaard has joined Ligue 1 club Evian on a three-year deal, the French outfit confirmed on Monday.
Capped two times for Denmark, the 25-year-old has played for the past six years with Danish top flight outfit FC Midtjylland.
Evian finished 14th in the 20-team league last season and have already got fellow Danes in goalkeeper Jesper Hansen and right winger Daniel Wass in the squad.
Watch the powerful left-back in action: