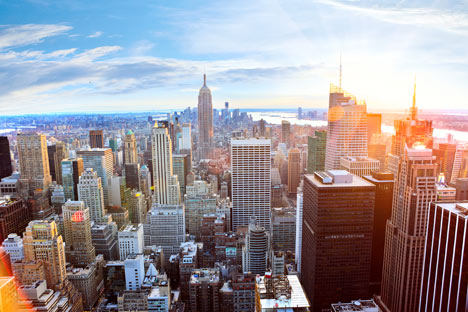 The Consulate General of Denmark is now involved in the arrest of a 22-year-old Danish citizen on sex charges. Photo: Colourbox
The New York arrest of a 22-year-old Danish man charged with sexually abusing 13 children may now lead to a diplomatic row between Denmark and the United States.
The 22-year-old, who was working as an intern at an upscale Midtown preschool, is accused of coercing nine different children into touching his clothed genitals according to the New York Daily News. The outlet reports that an additional three children had their buttocks touched by the man, while another child had his head placed against the intern's clothed crotch. The alleged victims are all between the ages of four and five.
The man, who has been identified in the US press, was arrested on June 27 and now the consul general of Denmark in New York, Jarl Frijs-Madsen, is investigating whether the Dane was correctly notified of his legal right to seek help through the consulate.
“What could have happened, and we are going to investigate it, is either that they didn’t know he was a Danish citizen, or that they knew he was Danish but did not orientate him about the opportunity to contact us,” Frijs-Madsen told public broadcaster DR.
The accused’s lawyer, Jane Fischer-Byrialsen, criticised the Americans’ handling of the case, telling DR that there were procedural errors and false accusations.
“I would say that this is a miscarriage of justice towards a Danish citizen in the United States,” she said.
Frijs-Madsen said the Danish Consulate would file a formal complaint if his investigation turned up errors on behalf of the arresting police.
“It is important that we are notified early, so we take this case very seriously,” he said.
Cleared by internal investigation
According to the Daily News, the accused man was cleared by an internal investigation by the International Preschool but still faces 15 counts of first-degree sexual abuse. If found guilty, he could face a prison sentence of up to seven years for each of the 13 children involved.
The Daily News reports that the Dane confessed to the charges against him and that the judge in the case has granted prosecutors 45 days to build their case.
“Based upon the credible evidence presented at this hearing, I find there is reasonable cause to believe the defendant committed a felony,” Judge Gilbert Hong of the Manhattan Criminal Court said on Thursday, according to the Daily News.
Fischer-Byrialsen, however, strongly denied that her client had confessed to any wrongdoing.
The charges against the Danish man stem from accusations from a former colleague who, according to a source who spoke with the Daily News, was fired for causing “so much drama over the years”.
The school’s own investigation found no grounds for the sexual abuse claims, but a school official said they would cooperate fully with the prosecutors in the case.