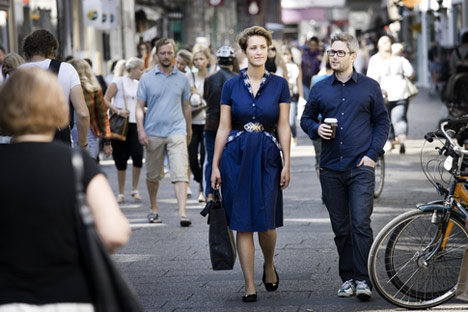 Copenhagen shoppers and tourists are being targetted by professional pickpocketers. Photo: Copenhagen Media Center/Ty Stange
The height of tourist season is prime time for pickpocketing in Copenhagen.
Over the past several years, the Danish capital has seen a sharp increase in pickpocketing and other theft.
According to the Copenhagen Police, the number of reported thefts rose from 20,525 in 2010 to 29,724 in 2013. And although police say that 2014 numbers are down by 14 percent from last year, pickpocketing is still a major problem.
“Those figures are way too high and we will not accept it,” inspector Jan Bjørn told Berlingske. “But we can’t control the influx of the masterminds, so it is a very very difficult battle.”
Copenhagen Police created a special unit last year to battle the growing pickpocketing problem, which they say stems from organized criminals from eastern Europe and Africa.
“The primary reason is traveling criminals,” Bjørn said. “Eastern Europeans, and particularly professional Romanian thieves, come here and commit these kinds of crimes during the day, with asylum seekers from northern Africa taking over in the evenings and nights.”
The police said that a foreigner was charged in nine out of every ten pickpocketing citations filed in 2013.
Police are warning about three popular tricks used by the criminals.
In the first, the offender watches as a consumer punches in their PIN code at a shop or a cash dispenser and then steals the card from the victim’s wallet and makes a quick withdrawal from the nearest cash machine.
Another popular trick is to approach a cafe patron who has their smartphone or other valuables on the table before them. An offender then approaches in the guise of a lost tourist and sets a map on top of the phone and steals it while the victim is giving directions.
In another standard trick, one individual will approach someone withdrawing money from a cash machine and drop a bill on the ground. As the victim bends over to pick it up, an accomplice steps in to take their money and/or their credit card.