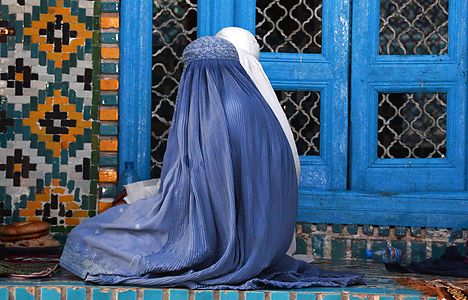 Photo: Farshad Usyan/Scanpix
After the European Court of Human Rights on Tuesday upheld France’s ban on wearing face-face veils in public, the anti-immigration Danish People’s Party (DF) said Denmark should explore a similar law.
“The way has been cleared for a ban,” DF’s Martin Henriksen told Politiken in reaction to the court’s ruling. “[A ban] would send the signal that we do not accept parallel societies and isolation. We see [the burqa] as a rejection of Danish society. It is a sign that one wishes to distance themselves from the rest of society.”
In 2009, the Conservative party suggested a ban on burqas in Denmark. Only DF supported the idea, which was quickly shot down after the justice ministry advised that it would violate the constitutional right to the freedom of religion.
Following the upholding of the French ban, DF thinks it’s time to take the subject up again.
“I think it is completely obvious,” DF’s values spokesperson Pia Kjærsgaard told Berlingske. “It simply doesn’t work that women go around completely covered and that people can not see their facial expressions or see who is standing in front of them.”
Kjærsgaard said she “will consider” suggesting a ban.
“And then we’ll see how parliament feels about it this time,” she said.
Legal precedent
The ECHR ruling, which stated that France’s controversial law introduced in 2010 doesn't violate the religious and human freedoms of Muslim women, may provide the legal framework for introducing a similar ban in Denmark.
Jacob Mchangama, the director of the newly-formed think tank Justitia, told Berlingske that the French model could be adopted in Denmark as long as a ban does not directly target burqas.
“It could be possible to make a similar neutral ban on having one’s face covered,” he said. “But it would go against the constitution to institute a specific ban on burqas and niqabs.”
Mchangama’s stance was backed up by Sten Schaumburg-Müller, a professor at Aarhus University’s Department of Law.
“It’s obvious that a ban specifically aimed at burqas would be hopeless,” he told Berlingske. “But a ban, like the French one, against covering one’s face in public could be realistic here in my opinion.”
In 2009-2010, when a burqa ban was last hotly discussed in Denmark, researchers at the University of Copenhagen concluded that fewer than 200 women nationwide wear burqas. But Kjærsgaard rejects that report and claims that the number of veiled women has increased.
“That’s funny, because I can count the same number in many parts of Denmark,” she told Berlingske. “I meet  more women in burqas today than in years past and we have never gotten down to the root of the problem.”
The Local France has more on the ECHR ruling, while The Local Austria reports that the Freedom Party will introduce a motion to ban burqas in Austria as early as next week.