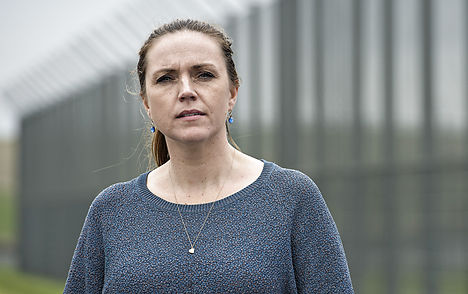 Justice Minister Karen Hækkerup. Photo: Claus Fisker/Scanpix
New government figures reveal that the number of foreign criminals being kicked out of Denmark has increased dramatically in recent years.
According to the Danish Immigration Service (Udlændingestyrelsen), the number of deported foreign criminals has jumped from 1,020 in 2011 to 1,810 in 2013 – an 80 percent increase.
“Foreigners who commit crimes in Denmark do not belong here. They should leave the country,” the justice minister, Karen Hækkerup, said in a statement. “We will not – and should not – accept that foreigners come here to our country and commit crimes. The increase in deportations shows that the deportation rules are very strict and work the way they are supposed to.”
In addition to the 1,810 foreigners kicked out of Denmark for committing crimes last year, an additional 1,040 were deported on administrative grounds, including being in the country illegally or being deemed a threat to public safety. This number has more than doubled since 2009.