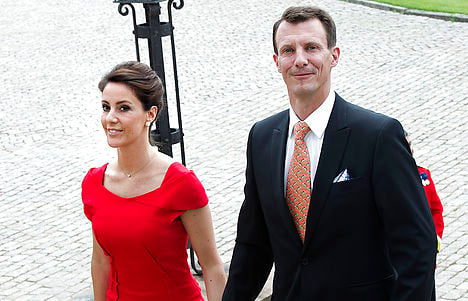 Moving to the big city. Photo: Keld Navntoft/Scanpix
Prince Joachim and Princess Marie are trading rural life for the hustle and bustle of the city.
According to a press release from the Royal House, Joachim and Marie are handing over ownership of the Schackenborg Palace in southern Jutland to a newly-established foundation.
The couple and their children will move permanently to Copenhagen “due to family considerations”, the press release said.
The new Schackenborg Foundation will operate the palace and its grounds upon the family’s departure.
“Princess Marie and I are happy about the solution we have reached with the founders of the new foundation,” Prince Joachim said. “It has been a difficult decision to transfer Schackenborg, but I am convinced that we, with this solution, ensure Schackenborg’s future in the best way possible.” Schackenborg Palace. Photo: Claus Fisker/Scanpix
In addition to Prince Joachim, the foundation is being funded by the Bitten and Mads Clausen Foundation, Ecco Holding and the Ole Kirk Foundation.
The founders are contributing a combined 113 million kroner ($20.7 million) to the project, 13 million of which is being contributed directly by Price Joachim.
The palace will occasionally be opened to the public and made available for special events, according to the release.
Prince Joachim first moved to Schackenborg Palace in 1993 with his first wife Alexandra. Prince Joachim and Prince Marie have lived there since they were married in 2008. The couple has two children, five-year-old Prince Henrik and two-year-old Princess Athena, while Joachim and Alexandra also have two children together, Prince Nikolai, 14, and Prince Felix, 11.