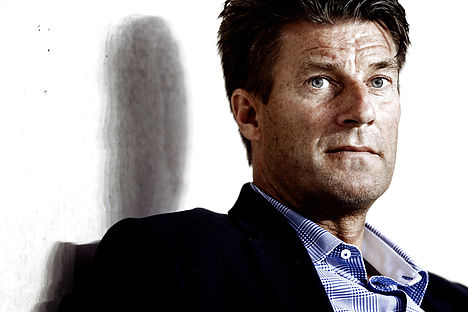 Michael Laudrup is Qatar bound. Photo: Bax Lindhardt/Scanpix
Danish football legend Michael Laudrup announced on Tuesday that he has signed on to coach the not-so-well-known club Lekhwiya from Qatar.
Laudrup was earlier this year sacked as manager for Premier League club Swansea City in what appeared to be a power struggle with the Welsh based club's chairman, Huw Jenkins. Rumours surrounding Laudrup's next moved included mentions at some top flight teams such as Southampton, Aston Villa and Tottenham Hotspurs.
Instead the former Ajax, Lazio, Juventus, Barcelona and Real Madrid star, chose a more adventurous road.
Laudrup even indicated that this new job might be his last on the sidelines.
“I’m now entering my final phase as a manager. Although whether Lekhwiya will be my final or penultimate club I can’t say. And I don’t know either whether this phase will last two, three of four years," Laudrup, 50, told Politiken.
Relive some of Laudrup's glory with the video below.