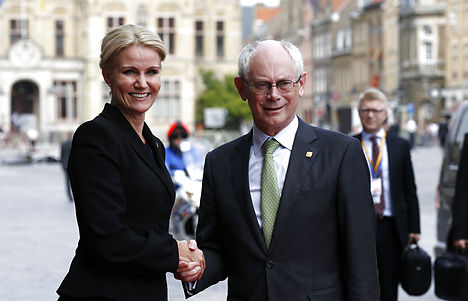 The current and future president of the European Council? Photo: Pascal Rossignol/Scanpix
Helle Thorning-Schmidt, the Social Democratic prime minister, keeps insisting that she’s not the least bit interested in a top job at the EU, but only very few believe her. And as reports out of London, Berlin and elsewhere keep mentioning her as a favourite, almost everyone in the political establishment thinks she’ll take the job if offered.
This leaves us with two big questions: How good are her chances of getting the job? And is the Danish PM qualified for a high-ranking post with the EU?
First, her chances.
Thorning-Schmidt is obviously in the running. Not as an official candidate of course, as PMs as a rule are never openly running for another job. But sources in Copenhagen that I’ve spoken to personally and reports in the best European media in all major capitals strongly suggest that she is definitely being discussed among heads of states and governments.
The job everyone is talking about is succeeding Herman van Rompuy as president of the European Council. It’s considered the number two position in the European hierarchy – just below the president of the European Commission, the post that Jean-Claude Juncker, a Conservative former PM from Luxembourg, is set to get.
Thorning-Schmidt’s advantages are several. For starters, she’s a Social Democrat (equals Labour in the UK), and since the Conservatives will get the very top job, her party will most likely get the number two position. Secondly, in the three years she has been prime minister, she has successfully brought Denmark out of the crisis. Thirdly, she has a solid European background as a former Member of the European Parliament. Additionally, she represents both the north and a non-Euro country and last, but certainly not least, she is also very well liked by both Chancellor Angela Merkel in Berlin and PM David Cameron in London.
Her chances of actually being offered the job are in other words quite good. She is in fact the strongest contender. If she’s asked by her peers in Europe, all of my sources are certain Thorning-Schmidt will answer with a big positive ‘yes.’
That brings us to the second questions: is she qualified?
Thorning-Schmidt has – as mentioned above – all the thinkable credentials. But how do Danes view her time as PM? Not very well, to put it mildly. She has been chairman of her party since 2005 and has yet to win an election. As a matter of fact she has lost seven in a row – including local, national and European. Even when she took over as PM in 2011, her party was bested by opposition party Venstre. She is simply not a winner of people’s hearts.
Her three years as PM have been as tumultuous as possible. Voters have – and rightfully so – blamed her for some strong departures from her election promises. They generally feel she is conducting a more right-wing than centre-left policy. The result has been very clear. In almost every single opinion poll during her tenure, her party has been far behind the opposition. Despite the polls, I still believe it is quite possible for her to win re-election. After all, the economy (stupid) is picking up.
Thorning-Schmidt prefers to say that she is a very strong European and that she wants to keep Denmark at the heart of Europe. As PM, however, it’s obvious that the EU has not been a major priority. It was noticed that she didn’t mention Europe at all when she gave a major speech at the May Day celebrations in Copenhagen’s Fælledparken just a few weeks ahead of the European Parliament elections.
She also hasn’t taken any real steps towards suggestions on new referendums that could turn Denmark into a full member of the EU by adopting the euro and dropping its opt-outs on the Common Security and Defence Policy and Justice and Home Affairs.
Is the Danish PM qualified then? Yes, absolutely! After all the overall result of the recent European election sent a very strong signal of scepticism toward the Union which is very much in line with the actual Danish reality. It also makes Thorning-Schmidt a very credible candidate for one of the key top players, David Cameron, who very obviously prefers an EU that isn’t as united on all fronts as some heads of state and government would like. A non-euro member as the president of the European Council would suit Cameron just fine.
Finally, do I think she’ll get the job? I will only say she’s a very strong contender. Is she qualified? Of course. David Trads is a political commentator and the current host of his own TV show, Hos Trads, on tv2.dk. He’s the former editor-in-chief  of Information and Nyhedsavisen and has been a foreign correspondent in Moscow and Washington. 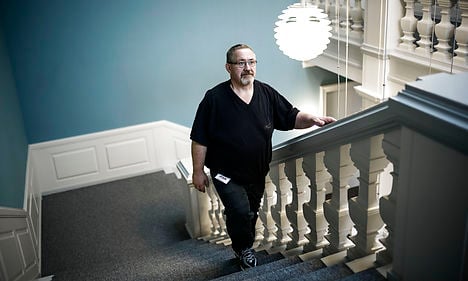 Karsten Kaltoft was fired by the municipality of Billund for being obese. Photo: Jakob Dall/Scanpix
The European Court of Justice had been asked by a Danish court to consider the case of a child minder in Denmark who said he was fired four years ago because he is obese.
The employee, Karsten Kaltoft, filed a suit to obtain damages and interest from the municipality of Billund which employed him in the job, claiming he was the victim of discrimination.
The Danish court asked the Luxembourg court whether EU law itself prohibits discrimination on grounds of obesity and whether obesity can be considered a disability.
The EU court ruled on Thursday that "no general principle of EU law prohibits, in itself, the discrimination on grounds of obesity".
But it said the "condition falls within the concept of 'disability' where… it hinders the full and effective participation of the person concerned in professional life on an equal basis with other workers".
The EU court said however it was up to the Danish court to "determine whether Kaltoft's obesity falls within the definition of disability".
'A great victory'
Danish trade union FOA, which was acting on behalf of Kaltoft, described the ruling as "a great victory".
The town of Billund "has said all along that Karsten Kaltoft's obesity could never constitute a disability because it was self-inflicted. The European Court of Justice flatly rejects this argument," the union said in a statement.
Lawyer Jacob Sand, who represented Kaltoft, said the court's decision protected a "vulnerable group of workers" but admitted that obesity could still be grounds for dismissal in cases where the employee is unable to perform the job they were hired to do.
"A person who is dismissed if they are not competent, capable and available for the position has not been subjected to discrimination because it is only reasonable and factual to dismiss such a person," he told AFP.
It was only discrimination if "the person can perform his job but may be in need of some help to do it," he said.
However, Britain's National Obesity Forum said it "opened a can of worms for all employers" by pushing them to adapt to the problem of obesity rather than responding to it as a condition requiring remedial measures.
"They will be required to make adjustments to their furniture and doors and whatever is needed for very large people," said spokesman Tam Fry, who believed member states would challenge the ruling.
"I believe it will also cause friction in the workplace between obese people and other workers," he added.
Matthew Elliott, chief executive of campaign group Business for Britain blasted the ruling as "yet another example of a decision by an EU court with no thought for the consequences or impact on business and the wider economy".
Others said the impact on existing legislation would be limited.
"Obesity in itself has not previously been classed as a disability in British law," said Claire Dawson, employment lawyer at Slater and Gordon in London.
"However, where an obese person has other health difficulties that can be associated with and potentially compounded by obesity, such as mobility difficulties, diabetes or depression, these may give rise to protection against disability discrimination," she said.
SHOW COMMENTS 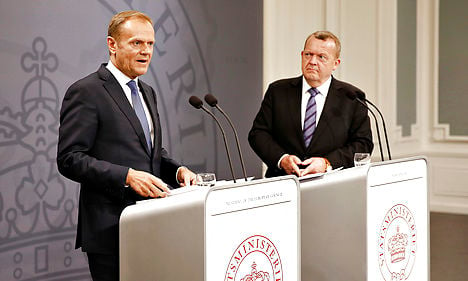 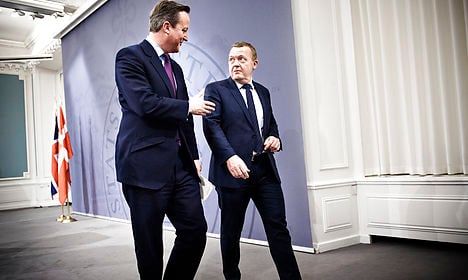