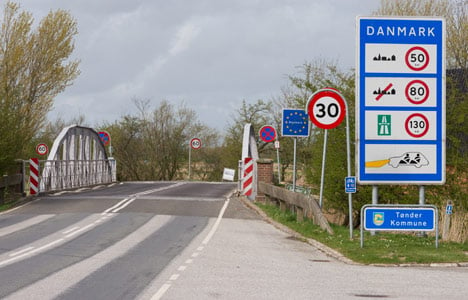 Most Danes stay within the national borders or, if they're real adventurous, head south to Germany. Photo: Colourbox
While Copenhagen Airport is expecting record traffic today, when it comes to holidays, Danes are most likely to keep it close, keep it short and go by car.
According to newly-released Eurostat figures, Danes took just over 29 million business and holiday trips in 2012. Nearly three quarters of those trips were domestic, while 26.6 percent were abroad.
Danes' preferred destinations beyond their borders were Germany, Sweden and Spain, and 62 percent of all trips were made by car. Bolstering the country’s reputation as a cycling nation, Danes took the second most trips by ’other’ forms of travel including cycling.
The Danish trends were in line with Eurostat’s findings on all 28 EU member states. Except for Romania and the UK, which favoured Italy and Spain respectively, the top destination for all outbound trips made by EU residents was a neighbouring or nearby country. Nearly 65 percent of all trips by EU residents were by car.
Once Danes reach their destination, they are not likely to stay long. With an average length of stay of 3.6 nights, Danes were third to only Latvians and Finns as the shortest holidaymakers.
As a destination, Denmark did not fare so well. It did not make any country’s list of top three places to travel and was the destination of just 1.5 percent of all outbound trips. Spain was the clear winner in that category, claiming over 20 percent of all trips.
In an effort to boost its appeal, Denmark last week announced a tourism growth package with a heavy focus on developing and promoting its coastal areas.