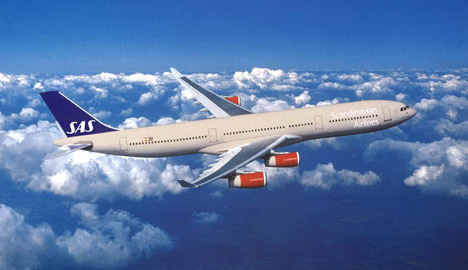 The airline's CEO said he was "deeply disappointed" with the latest financial results. Photo: SAS Group
SAS posted a second-quarter loss of 890 million kronor ($162 million) on Wednesday.
The loss will result in around 300 jobs being cut, according to media reports. It was not immediately clear how many of those loses would be in Denmark.
CEO Rickard Gustafson attributed the losses to "intense competition".
"We are deeply disappointed with the results, which were substantially below our own expectations," he said in a statement. "However, it is worth noting that, in April, we posted a record-high load factor and the number of passengers flying with SAS increased slightly more than 300,000 during the quarter."
He added that the unit cost was also decreasing and that member numbers were on the rise, but that it was "crucial" for SAS to act more aggressively.
"We have proved before that we are capable of making extreme changes, and we can do it again. We're doing everything we can to create a stable and well-functioning company," Gustafson told Swedish news agency TT.
The company aims to post earnings of 1 billion kronor in the 2014/2015 fiscal year.
SAS also plans to launch new routes from Stockholm to North America and Asia, starting as early as autumn next year.