SHARE
COPY LINK
The anti-immigrant Danish People's Party (DPP) is expected to become Denmark's largest in Sunday's EU election while their Swedish peers lag behind, highlighting different political and economic landscapes in the two countries.
Opinion polls show the DPP is backed by one in four voters in the European Parliament vote, putting them ahead of the ruling Social Democrats.
Their popularity has been boosted by fears that low-paid migrant workers are threatening Scandinavia's labour model, where collective bargaining ensures high wages even for unskilled jobs.
The populist party has also benefitted from a heated debate on whether eastern European guest workers should be eligible for Denmark's generous child and unemployment benefits, even if they have only worked briefly in the country.
As he canvassed votes outside Copenhagen's main train station on Wednesday morning, Denmark's top Social Democratic MEP Jeppe Kofod was met by a somewhat underwhelming response.
"People were busy because they had to get to work, they had to get to the bus and so on," he told AFP.
Many of those voting for the DPP did so because of "the very tough economic situation there has been since the financial crisis," he said.
Draconian immigration laws
For a decade, the DPP pressured Denmark's centre-right government to adopt some of Europe's most draconian immigration regulations in exchange for its backing in parliament.
Its role as kingmaker ended with the 2011 election when a leftist government took power.
Since then it has dropped some of its most contentious rhetoric about Islam, instead adopting a more centrist agenda focused on preserving the welfare state as the country was gripped by economic crisis.
Issues of national identity and culture remain at its core, and are frequently part of the criticism levelled against the EU by its charismatic MEP Morten Messerschmidt.
But his flippant remarks are a far cry from a 2001 advertisement for which he was convicted of racism.
In it, the DPP's youth wing claimed multi-ethnic societies led to "mass rapes, gross violence, insecurity, forced marriages, oppression of women (and) gang crime".
Prime Minister Helle Thorning-Schmidt has dismissed the DPP's claims of benefits tourism by EU migrants in Denmark and the Social Democrats have taken out newspaper advertisements attacking Messerschmidt.
MEP hopeful Kofod has spent the final days of his campaign arguing other countries should help pay the 200 million kroner (26.8 million euros, $36.5 million) Denmark spends annually on jailing foreign criminals in a bid to win over voters.
"I would like to send that bill back to those countries," he told public broadcaster DR on Monday.
Yet this had little impact on the eurosceptic party which on Thursday polled at 26.5 percent, which would double their representation to four MEPs from today's two.
Anti-racism protests
By contrast, the fellow anti-immigrant Sweden Democrats (SD) are expected to end up with around seven percent of the vote on Sunday, giving the party its first seat in the European Parliament.
The party has only been in parliament since 2010 and is dogged by historical links to the extreme right. It may also receive fewer protest votes than the Danish party since Sweden's economy has been among the strongest in Europe in recent years.
But the DPP and the SD, who sometimes attend each other's meetings and stump speeches, have a more sinister theory as to why the Swedes are shunning the far right. They argue the Swedish party has suffered because their opponents have impeded their freedom of speech.
Sweden Democrat rallies have been greeted by sometimes violent protests across the country, postmen have refused to distribute the party's ballots, firemen and nurses refused to meet them, and their posters have been vandalised.
"When Sweden Democrats appear in public in Sweden they have to be protected by a whole army of policemen. That keeps a lot of people away," said Karsten Lorentzen, an MEP candidate for the DPP.
That view is contested by many Swedish analysts.
"These demonstrations can boost support for the Sweden Democrats in the short term, giving them publicity and mobilising their core voters," said Ulf Bjereld, a political science professor at the University of Gothenburg.
SD party secretary Bjoern Soeder also downplayed the influence of the protests, which he said could "motivate supporters to go and vote".
"It was just in the 2010 general election that we got a party like us here. If you want to see high figures like in Denmark I think we have to wait until the next election," he said.
Many Swedes continue to view the anti-immigrant party as a one-issue party with no real power, according to Bjereld.
Sweden's main parties "have underlined that there's no cooperation with SD. People can vote for them but they'll not be given any influence over policies in the way DPP have had in Denmark," he said. 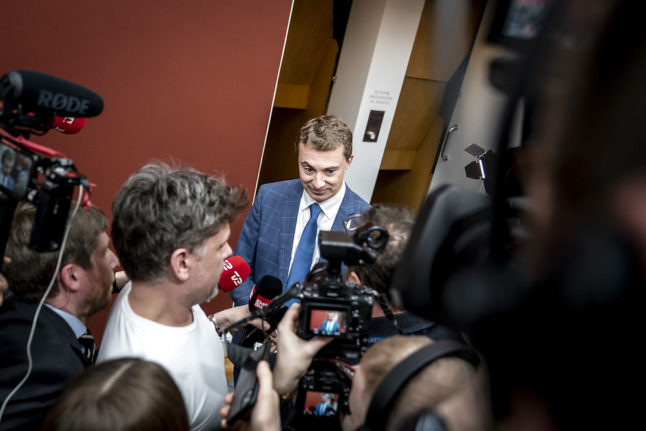 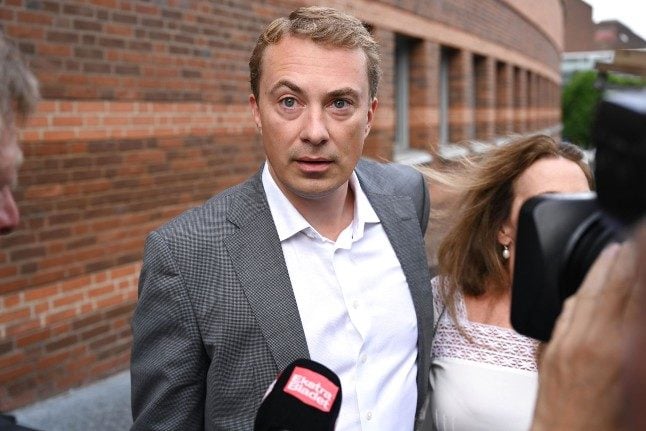